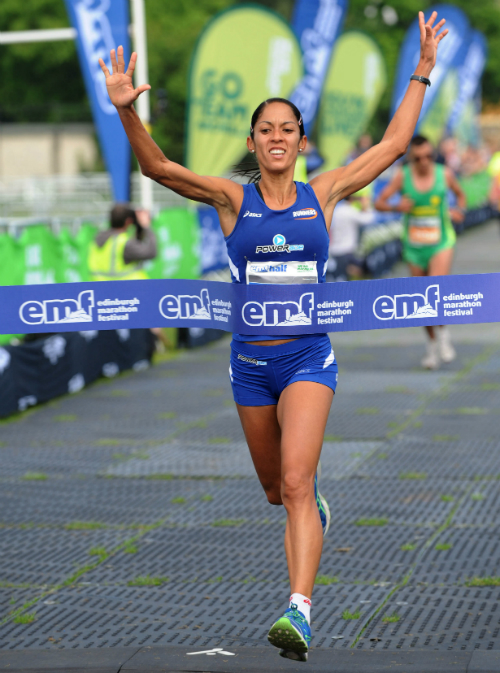 EDINBURGH MARATHON standard entries are close to capacity and expected to close on Sunday 7th January at midnight.

The marathon takes place on Sunday 27th May 2018 and attracts thousands of runners from the UK and beyond to take part in one of the flattest and fastest marathons the UK has to offer.

This year saw the launch of a new route which starts on Potterrow, the Old Town heartland of Edinburgh University, for the first time in the event’s history. Before heading North over the historic High Street and down The Mound. Participants will then run past the Scottish National Gallery and into Princes Street Gardens, with the iconic Edinburgh Castle as their backdrop.

The route then takes in the Scott Monument, before heading down the Royal Mile and towards Holyrood Park, The Scottish Parliament and Royal Palace before then east towards the beautiful coastline. The marathon finishes in Pinkie Playing fields, Musselburgh as per recent years. Both the Half Marathon and Team Relay routes have had similar changes.

Organisers are encouraging potential runners to sign up before the standard entries period ends at midnight on Sunday 7th January. After this time, you can still enter the marathon with a charity place, or choose to participate in the increasingly popular Edinburgh Half Marathon instead.

Second only to London in terms of size in the UK, the Edinburgh Marathon Festival has nine races on offer, guaranteeing there is something for everyone from the seasoned runner to kids just starting out on their running journey. The fun kicks off on Saturday 26th May at Holyrood Park with a 10k, 5K and four junior races. On Sunday 27th May the Edinburgh Marathon, Edinburgh Half Marathon and Team Relay start from the heart of Edinburgh City as runners embark on the new route for the first time ever.

The Edinburgh Marathon has sold out every year since 2008. For more information, visit www.edinburghmarathon.com.