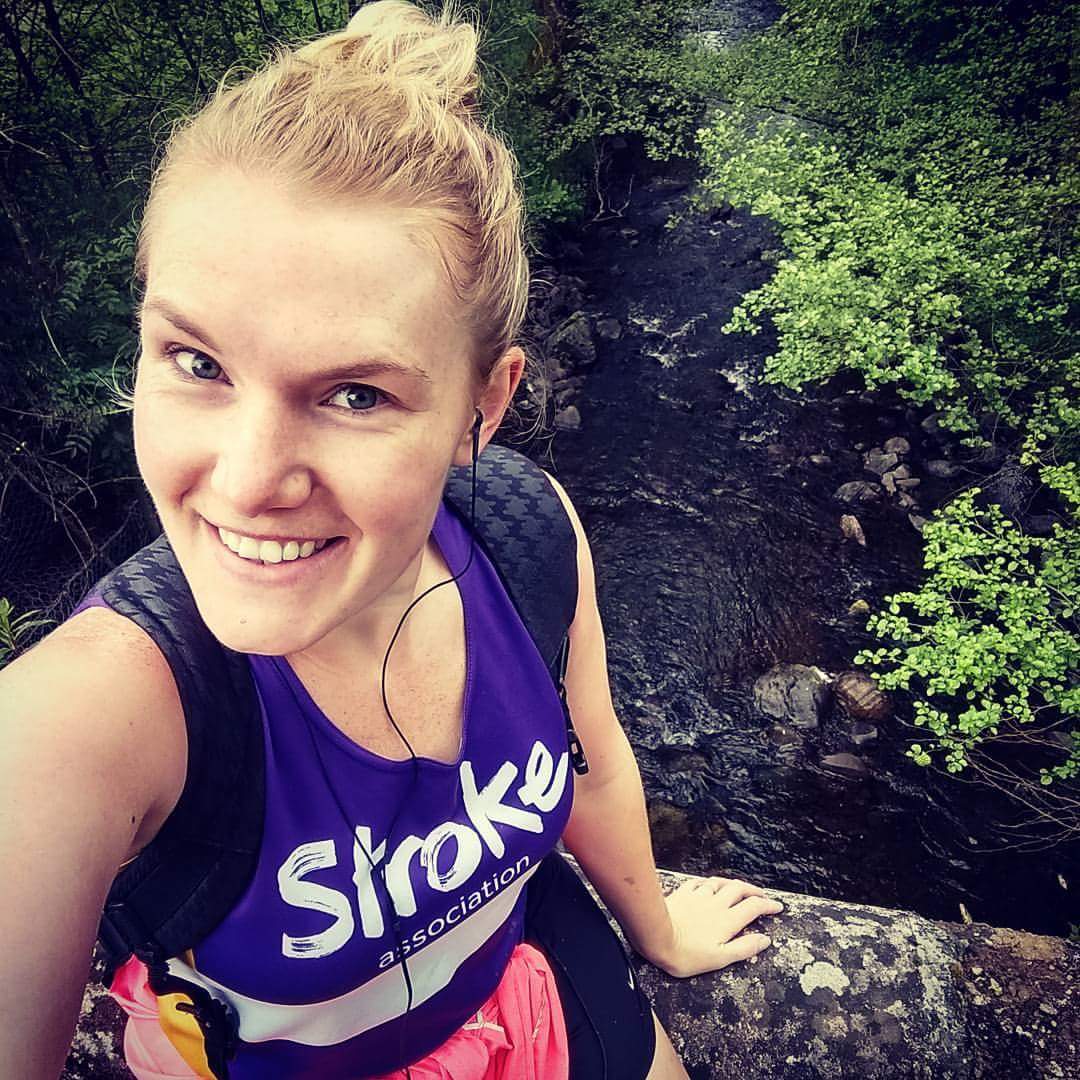 31 January, 2018
Rachael Dinsmore, a 28 year old dentist from Perthshire, is taking on the
ultimate running challenge this year for the Stroke Association – the
Edinburgh Marathon.

Rachael starting running in 2015 after the sudden loss of her dad in 2014 at
the age of just 61. Despite never being sporty at school or university, she
taught herself how to run using an app on her phone. She wanted to be able
to run so she could complete the Stroke Association’s Resolution Run 5k in
Aberdeen. This was the first event Rachael completed and she caught the
running bug after it!

After gaining some confidence, Rachael gradually signed up for more 5ks and
then eventually 10k races throughout 2016. This gave her goals to work
towards and a huge sense of achievement on crossing each finish line –
usually with her Dad’s wedding ring on a necklace and listening to some of his
favourite songs. She would regularly wear her Stroke Association running vest
while training and on race days; this made her feel stronger and gave her an
extra boost as a reminder as to why she was putting herself through the
physical demands of running.

In 2017 Rachael bit the bullet and stepped up to her next challenge – the half
marathon. She said “it felt inevitable that 2018 was definitely going to have to
be my marathon year. I’ve made the decision to take part in my first marathon
in Edinburgh this May. This is something I feel very nervously excited about
but I hope to conquer the miles for this fantastic charity in memory of my
wonderful Dad. Running has been a great therapy for me. It has given me
something to focus on, brought so many positives into my life and enabled me
to achieve many things I once considered impossible.”

Kirsty Scott, Community and Events Fundraising Manager at the Stroke
Association in Scotland, said “We are delighted that Rachael has decided to
take on her first marathon at Edinburgh Marathon 2018, where Stroke
Association is a Premier Affiliate Charity. We still have places available across
all the EMF events and would welcome anyone who would like to join our
team!”

To run for the Stroke Association at the Edinburgh Marathon Festival please
visit https://www.edinburghmarathon.com/charity/affiliates/?charities_id=313.