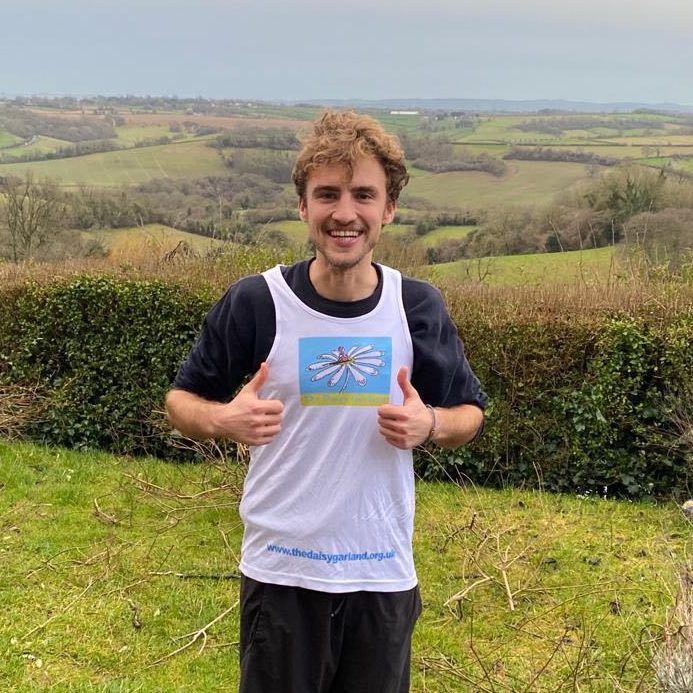 We’d like to say a huge good luck to Peter Stepan, who will be running the Edinburgh Marathon this year in aid of The Daisy Garland Charity.

He will be running in tribute to his 8 year old nephew, Artie, who suffers from a rare form of epilepsy known as ESES, and to raise funds for a charity that have done so much to help his family through this time & have been hit hard by the pandemic.

Peter said of the charity, “Since it’s formation in 2004, The Daisy Garland has helped thousands of families coping with childhood epilepsy. Artie’s been in and out of hospital and throughout this time has received support from The Daisy Garland charity. They’ve been fantastic – especially in fundraising for monitors, which are often unaffordable otherwise.”

Just one way in which the Daisy Garland have provided support to the family is during their challenging transition to a Ketogenic diet, thought to help children with epilepsy.

“Daisy Garland provided great support for my brother & his family when they undertook the Ketogenic diet. They provided all sorts, including support packages & recipes.”

This will be Peter’s first marathon, but he is feeling confident as he ramps up his training in the build up to the big day!

“I feel training is going pretty well! I’m running three times a week and am up to 25km now. I found lockdown actually has provided more of a focus on training. It provides a great routine in a pretty weird time.”

You can read more about Peter’s story and donate to his fundraising efforts via the link below.Read More & Donate