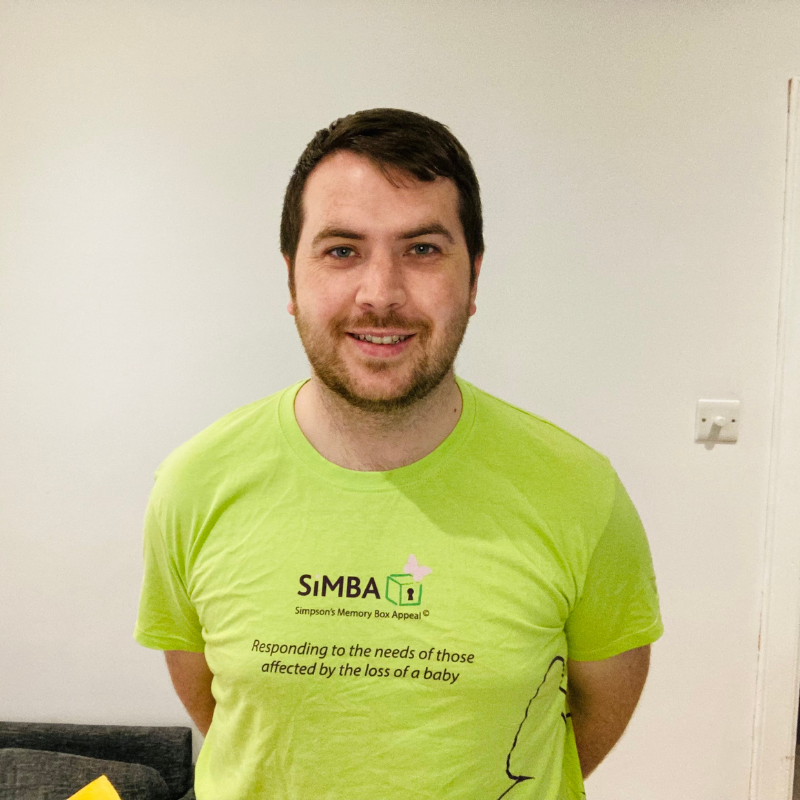 Stuart Hogg, a Control Firefighter from Bathgate, will be lacing up his trainers on the 30th May as he takes on the Virtual Edinburgh Half Marathon, fundraising for SiMBA, in memory of his older sister Gillian.

SiMBA (Simpson’s Memory Box Appeal) is a charity committed to supporting women and families affected by the loss of a baby during pregnancy or around the time of their birth, a cause that is especially close to the hearts of Stuart and his family.

On the 14th January 1983, Stuart’s older sister, and his parent’s first child, Gillian, was born. The birth was seemingly straightforward, however it would soon become apparent that Gillian was suffering from a number of critical issues that the doctors had, at that point, not realised.

Stuart told us, “When she was born, the doctors handed her to my dad with no warnings to him that anything was wrong. It wasn’t until the next morning when they were told she had down’s syndrome.”

Tragically, the news for Stuart’s parents got worse.

“She had a severe blockage in her intestines which meant she would have to be fed through tubes into her veins, and that unfortunately there was little chance she would survive, even with an operation.”

The new parents were faced with a devastating situation. As the chances of a successful operation were so low, they had a heartbreaking decision to make.

Stuart summed up their options, “Either let her die on an operating table in front of strangers, or let her go to sleep peacefully in their arms. They chose the latter, and she went to sleep on 6th February.”

“After she died, my parents –  who were only in their mid-20’s – were just told they could go home. There was absolutely no aftercare support, except from family and friends. SiMBA didn’t exist back then. If they did, obviously they could never bring Gillian back, but they could have supported my parents in what was the most devastating thing that any parent should ever go through.”

Stuart first became aware of SiMBA some years later through his wife, who had fundraised for the charity and raised over £4,000 in support of a friend whose child was sadly stillborn.

“SiMBA do such amazing work, and myself and my parents want others to get the support they need if they are ever faced with that heartbreak.”

Inspired by the work SiMBA do, Stuart is determined to give something back by taking on the Virtual Edinburgh Half Marathon having, like so many of us, gotten back into running during last year’s lockdown.

“I started Couch to 5K just after the first lockdown last year. I’d started doing it many many times in past years, but with the boredom of lockdown, it gave me the motivation to keep at it, and eventually I completed it. It felt great so I decided to try and train for a 10K. It was when I was halfway through that program when I signed up for the half marathon as I was actually beginning to enjoy running. It was so good to just stick my earphones in and run. It gave me an escape!”

And the increase in running has brought with it many positives for Stuart, as his wife can attest to!

“It’s helped me lose a wee bit of weight, and I’m constantly annoying my wife with how I now have ‘legs of steel!’”

This is not the first fundraising run that Stuart has taken on, but it will be the longest.

“I took part in a 6 mile “run” for Sport Relief many years ago but I did zero training so ended up walking most of it! Still did it though so that’s something, right?!”

Stuart has enjoyed the process of being able to plan his own route, having given him the ability to include some important landmarks and plenty of hills, as well as his post-run nutrition.

“I’m most looking forward to the many downhill parts! On the route I’ll run past the site of where the hospital Gillian, and myself and my brother, were born once stood, so I’m expecting that to be a poignant moment. And then at the end I’ve specifically instructed to be handed an ice cold beer as I cross the finish line, so I’m REALLY looking forward to that too!”

We’d like to wish Stuart all the best for his run, and for his fundraising for a fantastic cause.