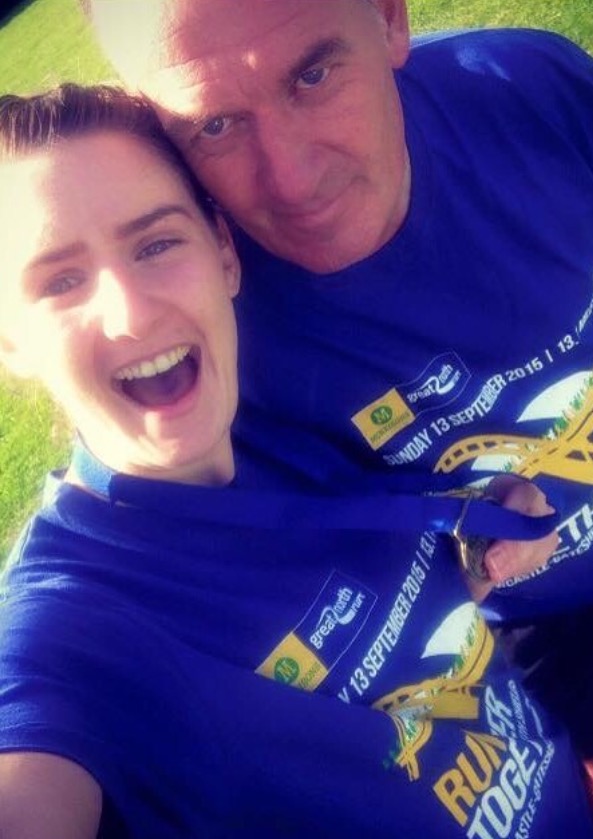 By Annette Drummond19 January, 2018Uncategorised
Charlotte’s dad was the reason she started running. His military training made him the perfect coach and running buddy – always there to give her the support and encouragement she needed for her next race. In June last year, Charlotte’s dad found out he had terminal cancer. Four months later he passed away.

“He was my absolute hero and my best friend. I knew I had to do this for him. From the day he got the diagnosis, Macmillan nurses were there for him. Their help and support meant so much to my dad and the whole family.

“Before he passed away, I told him I was going to run the Edinburgh Marathon for Macmillan – a route he loved and had run many times. He was so pleased for me but I could see in his eyes that deep down he wished he could be running it alongside me.

“He may not be here to join me in his trainers on the start line but I still feel he’ll be running it with me, and I hope I make him proud.”

Join Charlotte by signing up to run Edinburgh with Team Macmillan today.

Second only to London in terms of size in the UK, the Edinburgh Marathon Festival has nine races on offer, guaranteeing there is something for everyone from the seasoned runner to kids just starting out on their running journey. The fun kicks off on Saturday 26th May at Holyrood Park with a 10k, 5K and four junior races. On Sunday 27th May the Edinburgh Marathon, Edinburgh Half Marathon and Team Relay start from the heart of Edinburgh City as runners embark on the new route for the first time ever.