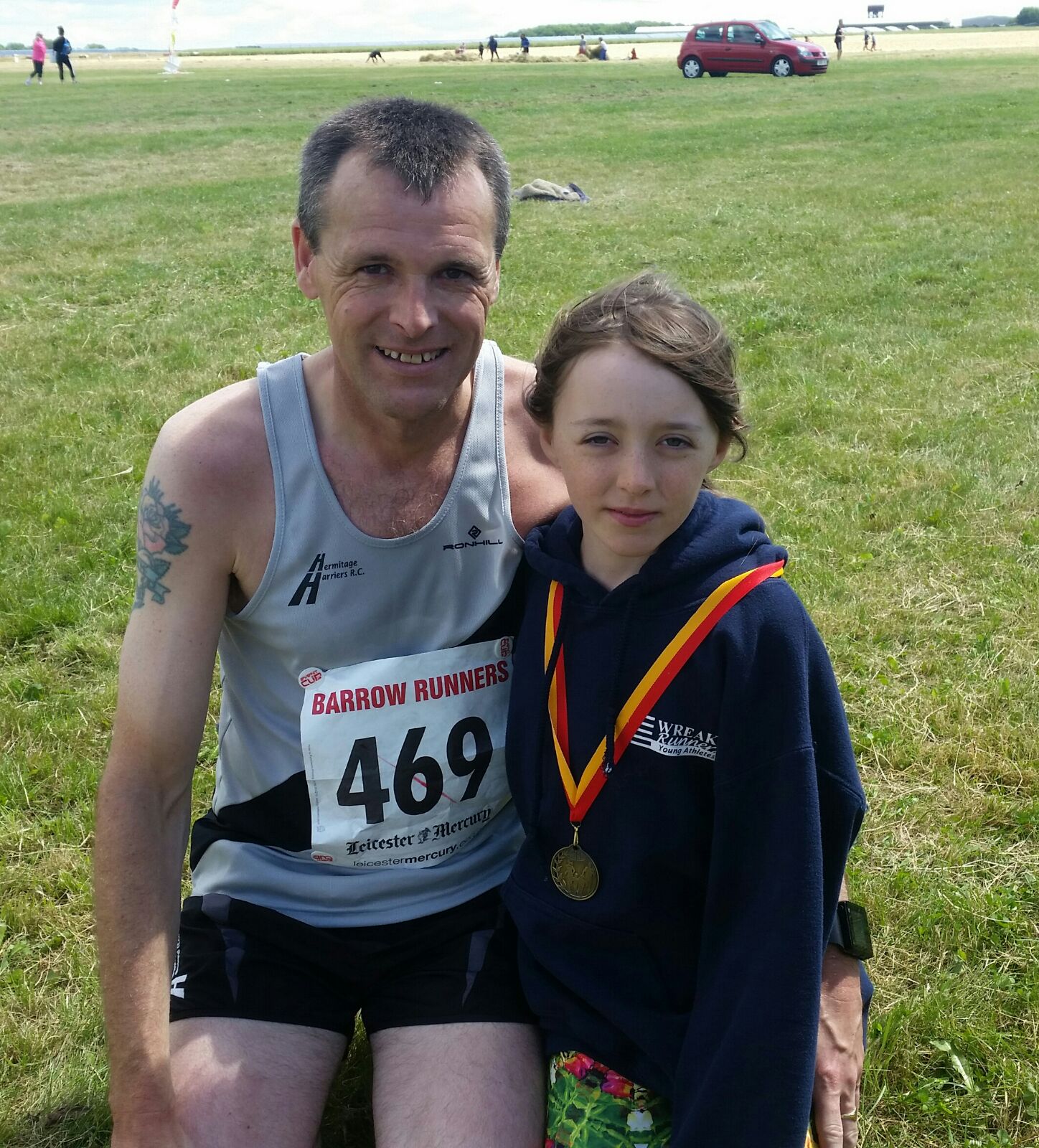 Ravenn was nominated by her father Craig, who said that his daughter inspired him to start running just over 18 months ago. They wanted to do something together to mark the anniversary of Ravenn’s grandfather passing away. Craig said:

“My father passed away on 31st May 2014. He originally came from Edinburgh before moving South with work. I remember with fond memories the trips we used to make to Edinburgh to visit his mother (my grandma).

I started running just over 18 months ago, inspired by my 12 year old daughter who has been running since age six. She joined a club aged seven and has been making great progress ever since. We were discussing how we could mark the anniversary of my father passing away and decided that me running the Edinburgh marathon would be very fitting but that it could be quite challenging emotionally.

So I entered, my daughter then wanted to run, so has entered the junior race.

She was very close to her Grandad and he even gave her a new set of running spikes on the weekend he passed away and although she has outgrown them, she refuses to get rid of them; they hang above her bed as a reminder of him.

My mother will also be joining us for the weekend as a spectator. It is going to be my first marathon although I have been in training since Jan. I am sure the weekend will have lots of emotional ups and downs, as each of us remember him in our own way. It’s lovely that my daughter will be starting a race at EMF in memory of my father. It will be a truly memorable anniversary. I am sure he will be helping us during the weekend with our races.”

Massive good luck to all the Family!