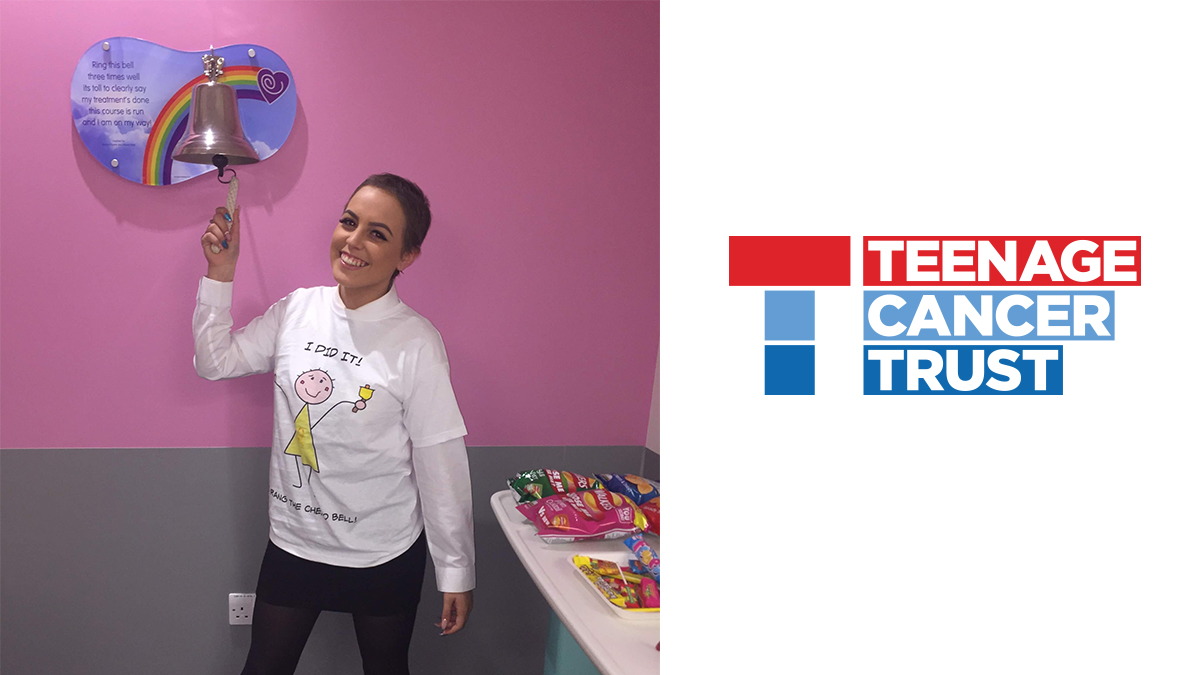 In January 2017 Natasha from Glasgow received the devastating diagnosis that she had Hodgkin Lymphoma in her spleen, aged just 16.

“When the consultant told me it was Hodgkin Lymphoma I didn’t know what that was. It wasn’t until she said the word cancer that it hit me. I couldn’t see for tears and I shut off at that moment. I just zoned out” Natasha explained.

Lymphoma is a cancer of the lymphatic system. Around 1,700 people are diagnosed with Hodgkin lymphoma in the UK each year. It is most common in people who are 20 to 34 years old or over 70 years old.

Hodgkin lymphoma usually starts in the lymph nodes in the neck. Often several areas of lymph nodes around the body are affected. Sometimes organs such as the spleen, bone marrow or liver are affected too.

After discovering cancer was confined to her spleen Natasha began six months of chemotherapy at the Royal Hospital for Children in Glasgow and had to take a six month break from school whilst undergoing her treatment and postpone her preliminary exams.

“I knew there was no way I could concentrate on exams while thinking about what was to come next. I was really scared before my first session of chemotherapy as I was expecting the worst. The nurses were amazing and were a big part of my life. I knew them all on a first name basis and they talked to me and made me laugh during a very difficult time”.

Around seven young people aged between 13 and 24 are diagnosed with cancer every day in the UK. They need expert treatment and support from the moment they hear the word ‘cancer.’

“Some of my friends didn’t know how to react when I told them I had cancer, so it was nice for me to be able to go through to the Teenage Cancer Trust Unit at the hospital and meet people who understood what I was going through and to hear their experiences. It made me feel like I wasn’t alone”.

Teenage Cancer Trust are the only UK charity that provides specialised nursing care to young people with cancer. Their 28 specialist units within NHS hospitals bring young people together, to be treated by teenage cancer experts in a place designed just for them.

“Ronan was also there for patients who were feeling down and wanted to talk to him. He often organised activities and day trips which helped keep our minds off what was happening. There is also a big cinema screen, cinema chairs, a pool table on the unit, along with a kitchen where you can heat up your own food, so you didn’t have to have hospital food.”

Right now Teenage Cancer Trust can only support half of the teenagers who are in desperate need of their support.

Run with #TeamLegend at the Edinburgh Marathon Festival in 2019 and help Teenage Cancer Trust provide more and more young people with the specialised cancer nursing and emotional support they need.

Second only to London in terms of size in the UK, the Edinburgh Marathon Festival has nine races on offer, guaranteeing there is something for everyone from the seasoned runner to children just starting out on their running journey. The fun kicks off on Saturday 25th May at Holyrood Park with a 10K, 5K and four junior races. On Sunday 26th May the Edinburgh Marathon, Edinburgh Half Marathon and Team Relay start from the heart of Edinburgh City as runners embark on new city centre route launched in 2018.

At her mid-treatment review, Natasha received the incredible news that she didn’t require radiation as her initial chemotherapy treatment had been a success.

“Beating cancer was my proudest moment. Having had cancer has given me a new perspective on things as when you get that diagnosis you realise you aren’t immortal and you won’t live forever. I have been given a second chance at life and I am making the most of it. I’m back at school and enjoy spending time with my friends and being a normal teenager again.”

To find out more about Teenage Cancer Trust and the services they provide to teens click here.

Click here to join #TeamLegend at The Edinburgh Marathon Festival.